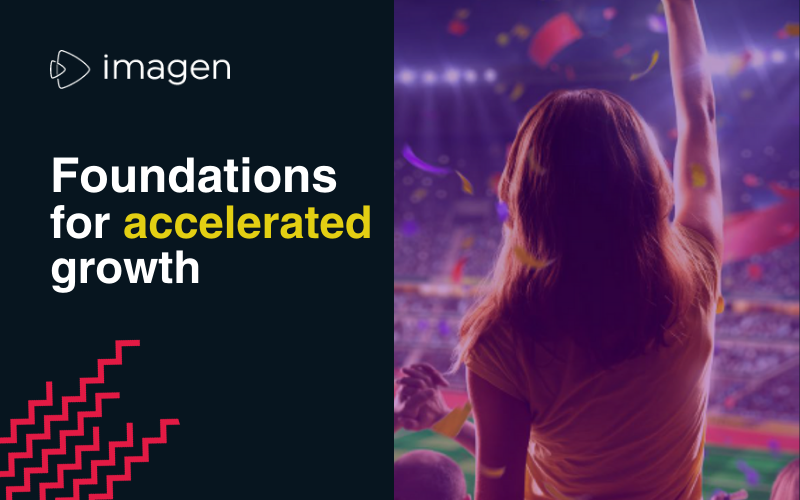 Imagen, a video management platform, was undergoing dramatic change. A new CEO, team changes and restructuring for high growth. Knowing he had to turn the taps on fast, he asked Modern to work with him over a year to set the foundations for high volume lead generation.

This included a year-long digital demand programme, new processes and workflows for lead management, data cleansing, segmentation and augmentation – all from a baseline of zero. No collateral, no nurture and no marketing processes.

A major factor was the prerequisite to act as a quasi-CMO while the CEO recruited into the role.

There had been a baseline of activity, but no leads. The CEO wanted to create a critical mass of leads to demonstrate progress and growth. This included three quarterly campaigns targeting the core verticals to create demand and generate leads. All targets were based around MQL status set by the CEO. In addition, there was the prerequisite to act as a quasi-CMO while the CEO recruited into the role.

Building the marketing function from the ground up included:

Pardot had been installed but was being used as a glorified email dispatch system. Emails were sent ad-hoc and data integrity was poor. A full review of the set-up was undertaken, including reviews of the data, lead management process and sales qualification process. In addition, regular BAU was set up and workflows designed to nurture new leads into the system to the MQL criteria.

Managing change and growing the team

There were three existing members of the marketing team that required training, engaging and supporting through the change. Our role was to educate them with best practice methodologies for business as usual marketing communications, lead management and reporting.

Setting the foundation for growth including a functioning demand centre, new lead management processes, regular business as usual communications programme and the baseline set for a new CMO.

Learn More
Back to services
All case studies

Send us a brief // Need support?